For CEOs For CXOs For Investors 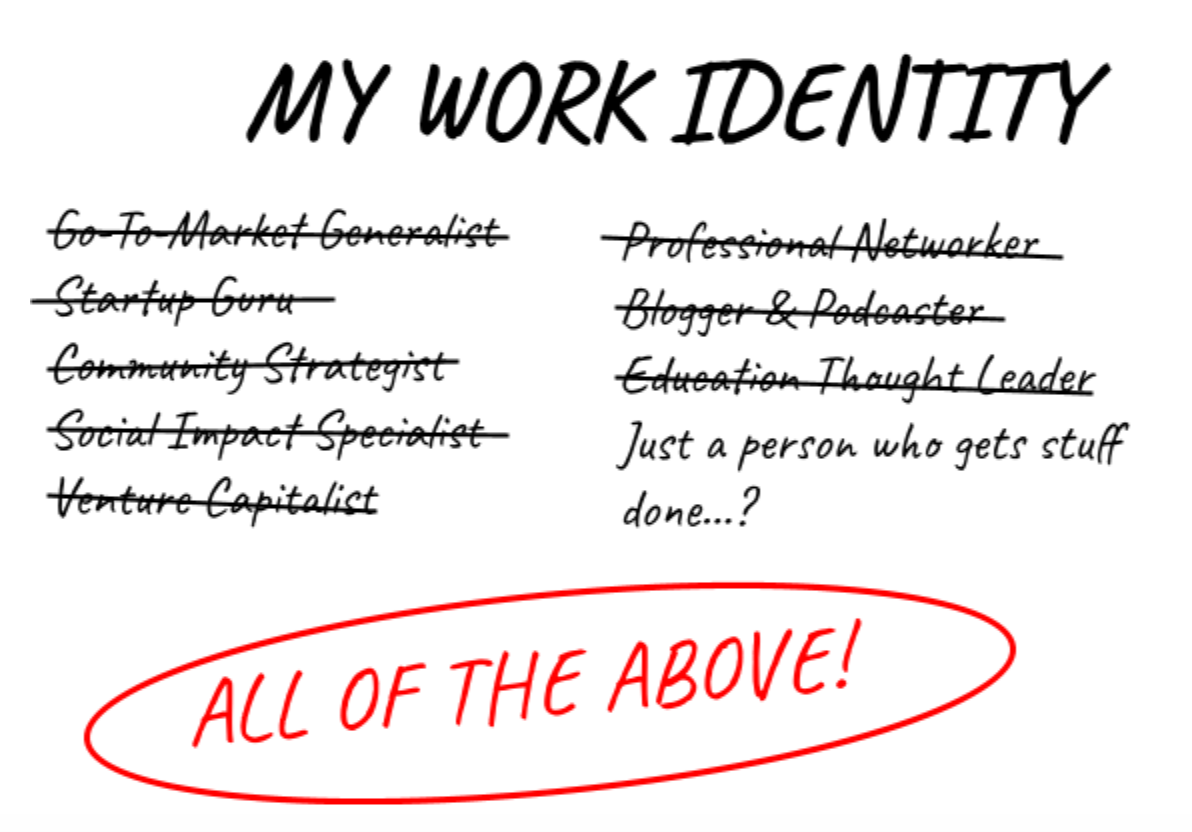 For the past six weeks, I’ve been quietly piloting the next chapter in my career — that of the fractional executive. That’s to say, rather than work at one full-time job, I’ve decided to split my focus among several projects, all at once.

This fractionalization of my work persona likely won’t come as a surprise to those who know me best. I’ve always had a wide range of interests and professional goals — too broad and seemingly disparate to ever fit into one neatly-typed job description. Now, I can finally be a little bit of everything: The go-to-market generalist, the community strategist, the social impact specialist, the venture capitalist, sure, why not?

I spent the past year internalizing and normalizing this concept through my time at Bolster, an executive talent marketplace where our members are looking for some type of “on demand” work. That’s when I realized: This isn’t just a fad, it’s a way of life. And it can be mine, too.

So far, my projects are shaping up to be a mixture of all different facets of my personality. I’m continuing to spend time with the Bolster team on a variety of business development and go-to-market initiatives. I’m also helping jumpstart a few brand new initiatives in web3, including a new web3 builder community called Zeitgeist, where we’re excited to work with high-quality teams on the bleeding edge of this technological revolution. Finally, I’m deepening my time spent evangelizing programs that broaden access to careers in technology for under-represented youth in New York City.

The biggest misconception about fractional work is that it can simply all be boiled down to one word: Consulting.

But that’s not exactly the right framing of this new work modality. As I learned at Bolster, there are many different flavors of fractionalization. Many fractional executives (myself included) are much more hands-on and project-based than would be expected from a mere consultant. With the exception of a few coaching clients that I’ve taken on, I’m nearly always the one both creating the thing and doing the thing: Building and executing a community strategy, designing and implementing an educational curriculum.

With such a short, dynamic cycle of rapid iterations, it’s easy to see how one can become addicted to the high of this idea of vocational voyaging. But despite the obvious perks, I still had a hard time pulling the ripcord and finally launching myself into the fractional workforce. I hope through sharing some of this story out loud, I can help shed some light on the process for others as well.

For one, there’s the obvious risk involved: Without spending at least 50% of my time with any single employer, I forfeit access to typical employee benefits, such as health insurance. The prerequisites to pursue fractionalization are high (and often a barrier to entry). You need some degree of financial freedom and a network large enough to seed your deal flow. I feel incredibly lucky to have cultivated both over the past decade. That’s not to say I can simply skirt by being largely unemployed for months and months (I promise you, I really can’t), but I was able to give myself the grace of a ramp-up period that I’m learning is crucial to this type of transition. (This is also where it helps to be a Bolster member.)

Second, as a new mom with a second baby on the way, the stakes are higher than ever for our family, which means there’s not a lot of room for waffling around without an income. Despite perceiving this career shift as an opportunity to do more (not less), it’s hard to ignore the societal script that’s already been written for women around this stage in our careers: Having a baby means it’s time to ease up, stay put, and then regroup in a few years once the dust has settled. The trouble with this narrative is that it’s inherently biased against women leveling up during a time that, for most of us, happens to fall directly in line with our biggest opportunities for career advancement. So against the advice of the well-meaning men and women who encouraged me otherwise, I decided to be a little impatient, and push through, anyway.

While there is more chaos, to be sure, in managing multiple calendars and projects at the same time, there’s an elegance to fractional work, too. You can be laser-focused on what you do the best and cut out the stuff that falls along the fringe. After over a decade of working in and around startups, I know my work style well enough to understand what projects I can do faster than anyone else, and by optimizing for the things that fall directly in line with that sweet spot, I can 4x my own output and sphere of influence.

And in many ways, the timing could not be better. With the ubiquity of remote work, the normalization of on-demand work (even at the executive level), and an economy in dire need of more knowledge workers, there’s never been a better time to pursue your own entrepreneurial ambitions. This also aligns with the crypto-native way of decentralized, project-based work that’s taken hold among DAOs and other web3 projects.

I’m excited to dive fully into this new operating mode over the next few months and to share what I learn along the way. In the meantime, if you’re looking for a little fractional help on a project of your own, you know where to find me.