For CEOs For Investors

Women Are (Slowly) Gaining Board Seats

Last April, we published a first-of-its-kind board benchmarking study that examined the composition and demographics of private company boards in the United States. Our analysis of 170 companies revealed that 86% of director seats were held by men, and four out of five seats were held by individuals who are White.

Over the past several years, there has been a lot of public attention surrounding board diversity, including a myriad of studies, legislative attempts, and organizational commitments that set out to correct this disparity.

We wanted to know: Is anything really changing?

So we asked again, polling the same set of companies who participated in our study last year. We were informed that 29 companies had made changes to the composition of their board of directors in the past year, adding a total of 38 new directors to boards.

While overall representation on boards is still skewed largely White and male, the demographic profile of these newly appointed board members looks refreshingly different from the norm, indicating that CEOs are making intentional changes to their board composition.

Here’s a deeper look at what we found: 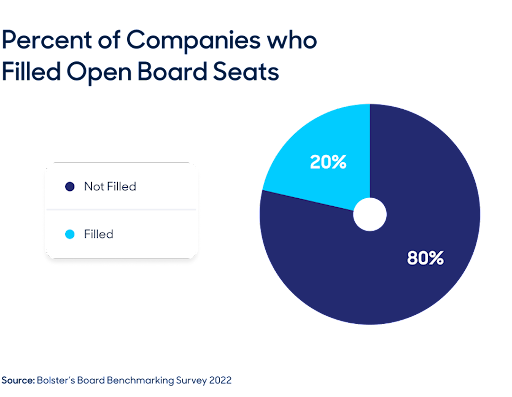 One year ago, 90 companies indicated that they intended to fill an open board seat in the next 12 months. From the response data, only 20% of those companies (18) actually added a new director. This data, plus anecdotal evidence, tells us that open board seats tend to remain unfilled for months, if not years, because there is not always an urgency to drive a search from start to finish. That’s one of the problems we are setting out to solve through our work on board placements at Bolster.

Half of New Board Placements Were Independent Directors 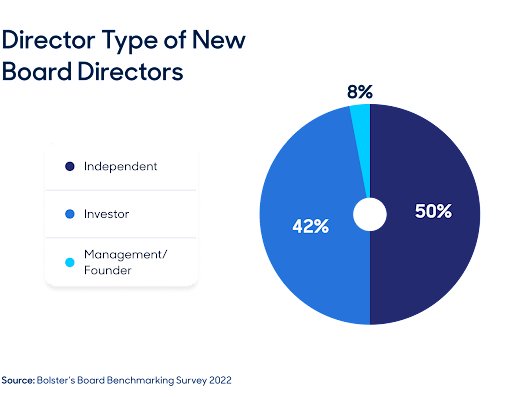 Women Are Gaining Board Seats at 2x the Usual Rate

Notably, CEOs who changed their board composition were more inclined to remove directors who are White and Male; of directors removed or replaced on boards in the past year, 83% were male and 80% were White. 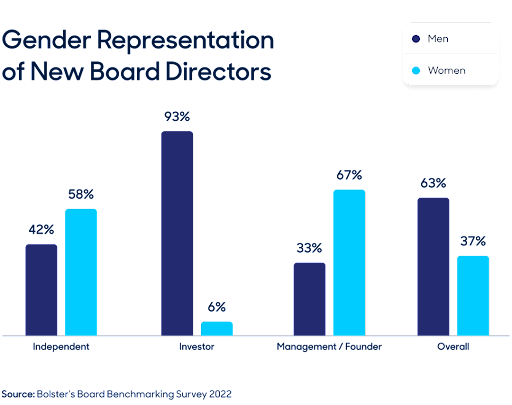 Boards Are (Slowly) Diversifying the Race & Ethnicity of Directors 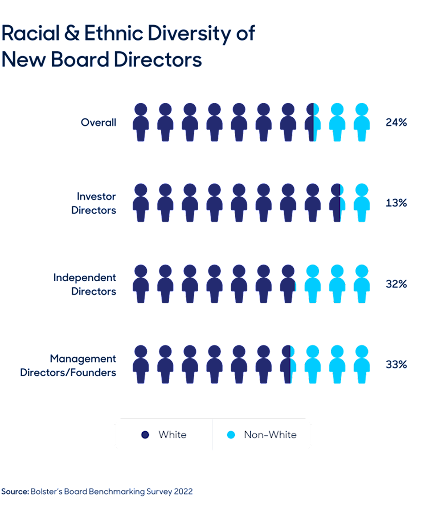 We look forward to continuing our work of uncovering the inner workings of board composition, structure, and diversity. We’ll be surfacing more insights & best practices around board composition in the June 15 release of Startup Boards: A Field Guide to Building and Leading an Effective Board of Directors, of which Bolster CEO Matt Blumberg is a co-author along with venture capital investors Brad Feld and Mahendra Ramsinghani.

If you are interested in working with Bolster on an upcoming or current board search, read more about our approach here.